Session: Hot off the Press: The Advancing Kidney Health Initiative and More 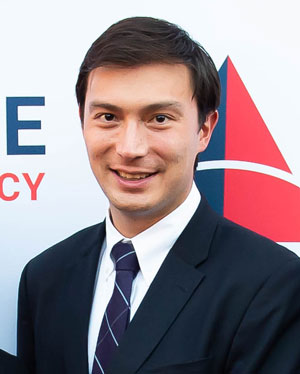 Nick UehleckeDuring one of the final sessions at ASN Kidney Week 2019, doctors and patients tuned in on the latest-breaking developments in public policy, specifically, the focus on the Advancing American Kidney Health Initiative and congressional and regulatory policy changes that are underway.

Nicholas Uehlecke gave a heartfelt talk entitled, “KidneyX: Redesign Dialysis, Patient Innovators Challenge, and Beyond.” Uehlecke is an Advisor in the Immediate office of the Secretary at the Department of Health and Human Services (HHS). In his role, Uehlecke works on various issues within Medicare, Medicaid, general insurance issues and health care reform.

The biggest motivator for the kidney health initiative: the patients

Nick has truly moved mountains behind the scenes at HHS to help develop the Presidential Executive Order on advancing American kidney health. It is no surprise that the passion he has for his work is a direct reflection of the passion he feels for the kidney community – a community he describes as “tight-knit where everyone from the patients to the transplant surgeons knows each other.” While this community certainly hasn’t been forgotten, Uehlecke does admit that it has been put to the side. He says, “We’ve forgotten how much management can help this patient population.”

Uehlecke’s goal, first and foremost, is to help patients. “What really got me was the lack of hope I saw in patients that have to go to dialysis three times a week. I think that is probably the biggest driver for myself and my colleagues – to try and ensure that we’re going to bring more hope to the patient population and say the option of going to dialysis three times a week is not the only option that [patients] have.”

What speaking of the importance of Section III of the Executive Order, or The Launch of a Kidney Awareness Program, Uehlecke says awareness in key:

“We believe that up to 33% of the country is suffering from some level of kidney disease. Of that percentage, the people that have CKD, we’re saying that almost half of that population isn’t even aware that they are in CKD III or IV. That is, ultimately, pre-crash.” Patients can and should be advocates for their own health and should know the small things they can do ensure that they obtain the best possible health outcomes. One way they can do this is with an understanding of what foods they can or cannot eat. Unfortunately, though, this lack of knowledge and understanding falls back on some physicians who themselves are not even fully educated on what foods, for example, are best for their patients to avoid in preventing progression of CKD.

“How do we educate both the patients and the providers? I think that is one of the issues that we really have a problem with – and you see the same problem when it comes to dementia and Alzheimer’s; you saw the same problem in the 70s with cancer, or in the 80s and 90s when it came it HIV/AIDS – how do you have a conversation with a physician and their patient about the disease state that [the physician] cannot fix? They can help, but they can’t fix it. This is one of our primary goals here.”

Uehlecke goes on to address the models. “The models we have and are putting in place are trying to achieve a greater level of management for folks who crash into ESRD. We want hospitals to be aware that, as much as possible, you need to make the patient able to receive dialysis at home and not crash them straight into a facility. When you are a patient, you need to know that all of your options are completely in your hands.”

The innovation aspect of the kidney health initiative: advancements in technology

When addressing this kidney health initiative, innovation is the action happening to address these main issues. “Today, the technological advances we’re seeing to mimic the kidney and pancreas are advancing very much. It is our job to make sure that innovation is not lost. Really working towards and together to the artificial kidney. Investing in these types of incredible advance will, hopefully, get us to where other countries are in that we don’t have a waitlist.” And Uehlecke says these advances do not just involve alive kidney. Many patients on waitlists cannot receive live kidneys because they are just too sick. This is where the artificial kidney comes into scope.

Finally, KidneyX is “a public-private partnership between the HHS and ASN to accelerate innovation in the prevention, diagnosis, and treatment of kidney diseases.” This partnership incorporates leaders who every day are overseeing its efforts to heighten innovation in the development of new medical products and solutions that will improve the lives of the millions of people around the globe who are affected by kidney disease and CKD. Right now, it is a really exciting time for the kidney community.

More posts from author
lundi 11 novembre 2019 An open-label extension study to evaluate the efficacy and safety of Roxadustat for the long-term maintenance treatment of anemia in dialysis and non-dialysis patients with CKD
lundi 11 novembre 2019 Global Kidney Health Atlas: Why We Need It and How It May Affect CKD Worldwide
lundi 11 novembre 2019 24-hydroxylase deficiency: comparison with other disorders of vitamin D-mediated hypercalcemia
LEADING RESOURCE IN NEPHROLOGY EDUCATION