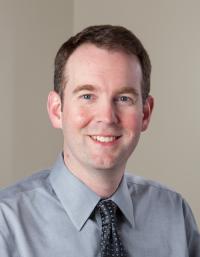 “This trial asked if we could use widely available, inexpensive, and relatively safe supplements to prevent chronic kidney disease or prevent progression early in the course of type 2 diabetes,” explained study lead author Ian de Boer, MD, of the University of Washington School of Medicine.”Why do we like agents like these? As we all know, diabetes is a worldwide epidemic, with the National Diabetes Federation estimating that 425 million people had diabetes in 2017. We also know that the prevalence of diabetes has increased over the years and the prevalence of chronic kidney disease with diabetes has increased proportionately. Of course, diabetic kidney disease is the leading cause of end stage kidney disease in the united states. So, we hoped to effectively impact this problem with Vitamin D3 and omega-3 fatty acids.”

While trial results dashed those hopes, Dr. de Boer did close on a positive note.  “Even if it’s not the result we hoped for, closing a chapter is useful for patients and clinicians and researchers alike.”

More posts from author
lundi 11 novembre 2019 An open-label extension study to evaluate the efficacy and safety of Roxadustat for the long-term maintenance treatment of anemia in dialysis and non-dialysis patients with CKD
lundi 11 novembre 2019 Global Kidney Health Atlas: Why We Need It and How It May Affect CKD Worldwide
lundi 11 novembre 2019 24-hydroxylase deficiency: comparison with other disorders of vitamin D-mediated hypercalcemia
LEADING RESOURCE IN NEPHROLOGY EDUCATION