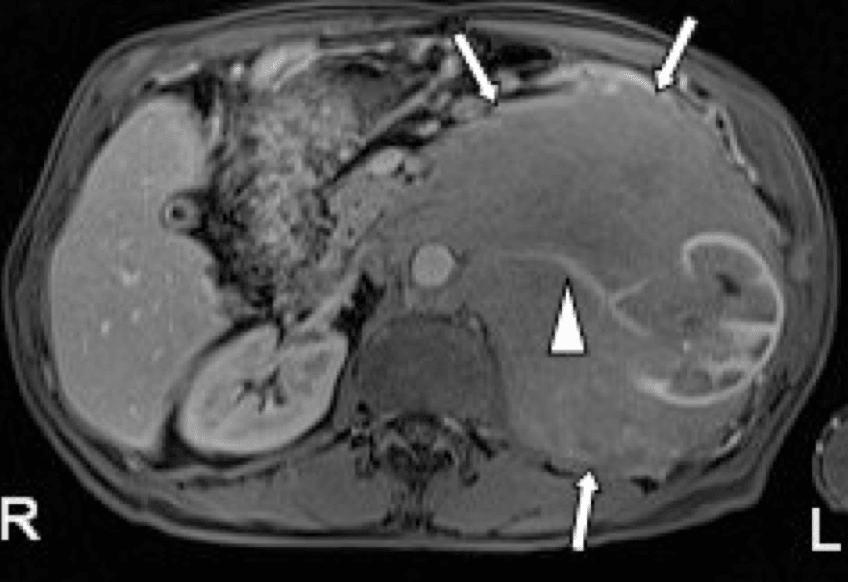 Fig. (1). A 79-year-old male patient was incidentally found to have a large retroperitoneal mass on renal ultrasonography. Contrast enhanced magnetic resonance T1 axial image with fat suppression, showed a large hypovascular left retroperitoneal mass (arrows) predominantly involving the perinephric space and displacing the left kidney. The mass encases the left renal artery (arrowhead) and aorta, without causing any occlusion. These features strongly favor the diagnosis of lymphoma over renal cell carcinoma, which is usually hypervascular that displaces or invades the vasculature. A biopsy of the mass revealed it to be marginal zone lymphoma. The left kidney shows slightly decreased perfusion and mild hydronephrosis as compared to the normal right kidney. Click image to enlarge. 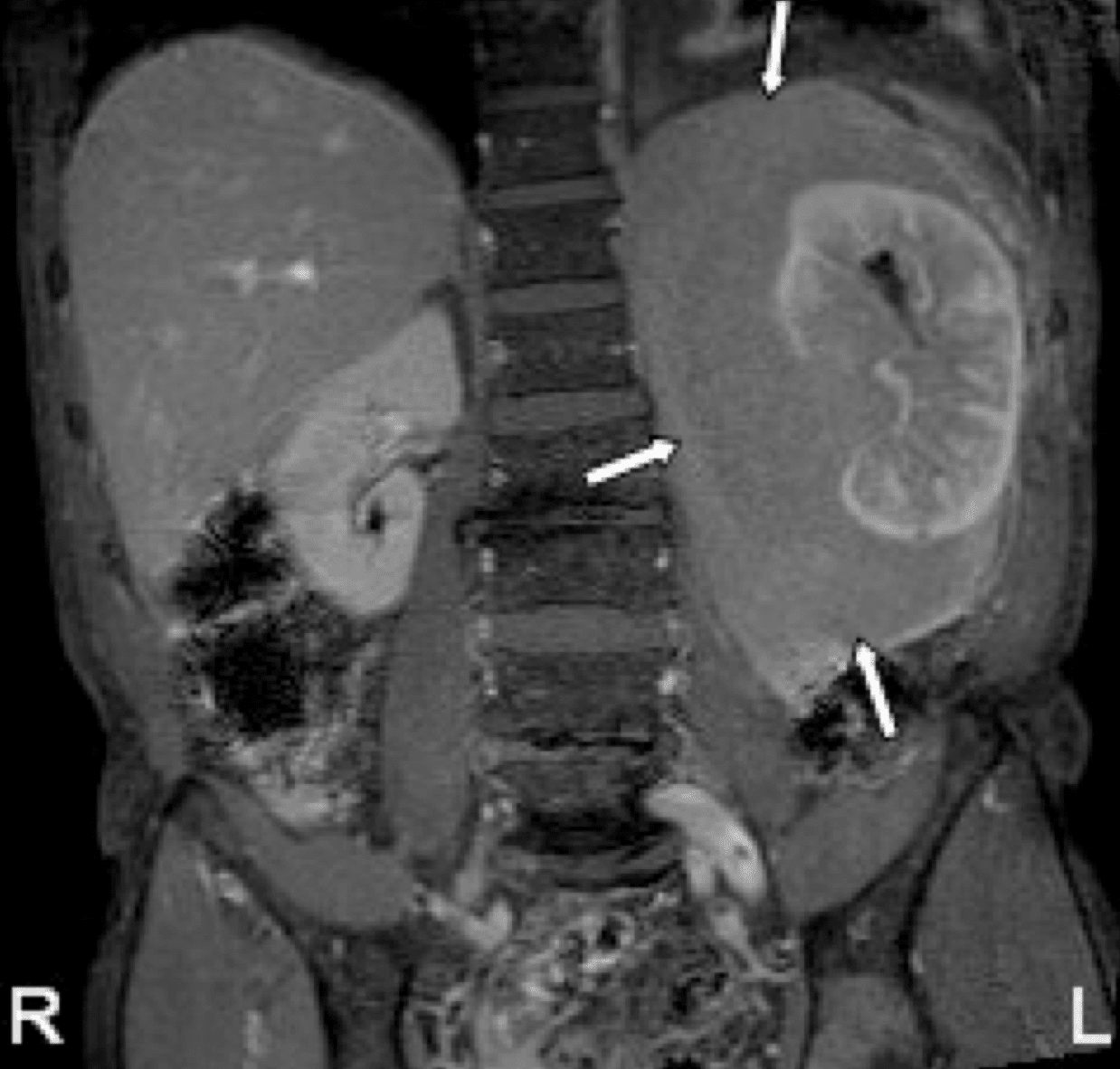 Renal imaging plays a valuable role in determining the etiology of renal failure due to intrinsic or extrinsic obstruction of the urinary tract. We report an interesting finding encountered on routine renal imaging in an asymptomatic elderly man who presented with renal failure of unknown etiology. Routine renal ultrasound imaging revealed a large mass around the kidney, which on magnetic resonance imaging of the abdomen was characterized as a retroperitoneal mass that was soft and pliable that surrounded but did not compress or obstruct the retroperitoneal vessels (Fig. 1). However, it caused partial compression of the ureter and renal pelvis resulting in hydronephrosis (Fig. 2). The primary consideration was renal lymphoma. The differential diagnosis of a perirenal mass includes malignant conditions such as renal cell carcinoma, sarcoma arising from renal capsule, metastastic lesion, and benign conditions such as perinephric hematoma, retroperitoneal fibrosis, amyloidosis, and extramedullary hematopoiesis.

Unless the renal lesion manifests in the setting of a widespread lymphoma, percutaneous biopsy with ultrasound guidance is indicated to differentiate lymphoma from other etiologies such as metastatic disease, hypovascular renal cell carcinoma, uroepithelial carcinoma, or atypical infection. Additional immunohistochemical techniques allow accurate diagnosis and characterization of renal lymphoma.