Sub-session: CKD in the United States and Europe: Juxtaposing the Epidemiology and Evolution

There are marked differences in chronic kidney disease (CKD) prevalence and incidence trends between the Unites States and Europe. Even within countries there are enormous disparities.

During a deep dive into the granularity of available data, Kitty J. Jager, MD, PhD, Academic Medical Center, pointed out how, where, and sometimes why such differences in prevalence and incidence of CKD exist. Identifying and interpreting this data, Dr. Jager suggested, is critical to reducing the burden of CKD.

To begin at the beginning, Dr. Jager explained the separation between specific risk factors of CKD in the US and Europe.

With respect to the prevalence of CKD in Europe vs. the United States, Dr. Jager drove home several points.

Global Kidney Health Atlas: Why We Need It and How It May Affect CKD Worldwide

Adipose Tissue and Modulation of Hypertension

Planting a new seed of health

By accepting you will be accessing a service provided by a third-party external to https://ukidney.com/ 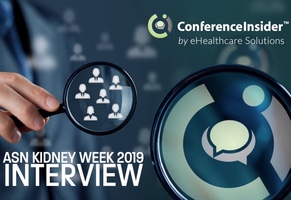 Where do you stand on receiving a kidney from a person with hepatitis C?

According to the latest data from the CDC, the number of American adults who have CKD at some stage is now estimated to be ____.

Global Kidney Health Atlas: Why We Need It and How It May Affect CKD Worldwide
ASN Conference Update
Read More
View all