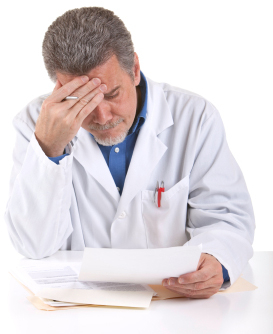 Prior Parathyroidectomy? Low or undetectable PTH levels are an expected finding.

Approximately 3% of all patients are in this category.

If taking calcium based binder, the dose is both excessive, and ineffective. Therapeutic avenues depend on medical insurance status. Switch to non-calcium based phosphate binder, either aluminum in the short term, or sevelamer/lanthanum in the long term

5. Give priority to phosphate and calcium targets over the management of PTH. (Grade D, opinion)

7. Vitamin D sterols can be used in the treatment of secondary hyperparathyroidism, but should be discontinued when PTH levels decrease below target levels, or if calcium or phosphate levels increase above target levels. (Grade C)

{tab=Other Options or Controversies in Management}

Other Options or Controversies in Management

Optimum dosing of vitamin D sterols is not known, however, CSN and KDIGO guidelines recommend decreasing or discontinuing when the iPTH level is < 10 pmol/L or < 2 X ULN for your iPTH assay.

There is a clear epidemiologic association and biological plausibility between hyperphosphatemia, net calcium intake and important negative health consequences (including progressive vascular calcification and cardiovascular morbidity) for patients with CKD. However, randomized controlled trials and meta-analyses performed to date do not conclusively support the use of one type of phosphate binder in preference to another for important patient outcomes.

Specifically, controversy exists as to the efficacy of non-calcium based phosphate binders (i.e. sevelamer and lanthanum) on relevant clinical outcomes (cardiovascular events, mortality and hospitalization). The evidence to date was summarized in detail by the KDIGO working group. Given some significant methodological limitations and therefore concerns over study validity for the largest trials of non-calcium phosphate binders, the impact of non-calcium based binders on clinically relevant outcomes is uncertain.

Non-calcium based phosphate binders are more than twenty-fold more expensive than calcium carbonate. The recommendation by KDIGO to limit the use of calcium-based binders in the scenarios outlined (and presumably use noncalcium based binders) has generated significant controversy among Canadian nephrologists and there is no clear consensus. On the one hand the lack of conclusive evidence of benefit, the lack of randomized trials which have assessed morbidity and mortality among patients with vascular calcification, and the expense of sevelamer and lanthanum, use of these agents may not be justified until further evidence of clinical benefit can be established in valid randomized trials. On the other hand, others feel that the use of noncalcium-based binders in the situations recommended or suggested by KDIGO is justified on theoretical grounds, that the existing RCTs were underpowered to show statistically significant benefit, and that recent meta-analyses suggest clinical benefit. Moreover, calcium-based phosphate binders are likely to cause positive calcium balance in late stages of CKD, and have never been proven to be safe.

The use of aluminum-containing phosphate binders has been extensively evaluated in the KDOQI Bone and Mineral Metabolism Guidelines. The major toxicities are neurotoxicity and impairment of bone mineralization, both of which can be prevented by minimizing aluminum exposure. The KDIGO Work Group acknowledged that the literature, as detailed in the KDOQI guidelines, supports that the most severe cases of aluminum toxicity occurred in patients whose dialysate was contaminated with aluminum, and that aluminum-based binders only play a secondary role. The quantity of aluminum-based phosphate binders that is safe is unknown. Moreover, several conditions may favor intestinal aluminum absorption, such as diabetes mellitus, secondary HPT, vitamin D status, and a high citrate intake. The Work Group was unanimous in recommending against the use of aluminum-based binders on the grounds that there is no ability to predict a safe aluminum dose, and numerous alternative phosphate binders have become available. However, Canadian nephrologists may still feel that short-term (several months) use of these agents is still justified when financial constraints make it impractical to use other non-calcium-based binders.