Clinical Focus: How can I maximize blood pressure control for my patients and also minimize pill burden?

A 53 M presents for follow-up of his hypertension. He has a history which includes:

The importance of diuretic selection when managing hypertension

Previously, UKidney News reported a possible link between calcium channel blockers and the development of breast cancer. Data from the Intermountain Medical Center Heart Institute study were presented at the 2014 American Heart Association Scientific Sessions in Chicago, dispelling some of this concern:

"We found no robust data that calcium channel blocker medications increase a person's risk of breast cancer," said Jeffery L. Anderson, MD, a cardiologist and researcher at the Intermountain Medical Center Heart Institute. "Given the important role calcium channel blocker medications play in treating heart conditions, we think it's premature to discontinue their use. At this point we recommend that patients continue taking these medications to treat their hypertension."

While it is very difficult to ever prove a negative association, these data do provide some reassurance to a large number of patients using this important antihypertensive.

Hypertension Update: Did you know...

Upon reflection, what percentage of the patients in your practice are on an optimal medication regimen in terms of dosing and medications selected?

Hypertension is one of the most important risk factors for adverse health outcomes that we treat either in specialty or primary care. However, controversy has always existed in terms of the target blood pressure that clinicians should aim for when managing patients with different comorbidities. The SPRINT study published in 2015 continues to offer insight and some controversy guiding therapy in patients with hypertension particularly those at high cardiovascular risk.

Racing to apply the SPRINT study to your practice? Not so fast

The SPRINT Study was received with great fanfare when it was published on November 26th in the New England Journal of Medicine. The primary results, summarized in the publication’s abstract are these:

"Among patients at high risk for cardiovascular events but without diabetes, targeting a systolic blood pressure of less than 120 mm Hg, as compared with less than 140 mm Hg, resulted in lower rates of fatal and nonfatal major cardiovascular events and death from any cause, although significantly higher rates of some adverse events were observed in the intensive-treatment group."

The essential word in that abstract’s conclusion - and which prevents the application of these results - is ‘targeting’. The conclusion accepted by many is that aggressive blood pressure reduction, that is the achieved blood pressure, drove the observed results. However, it may well be that the act of targeting a low blood pressure, and using cardioprotective drugs to do so, explained the results rather than the reduction of blood pressure itself. And unravelling this nuance is the key to understanding whether SPRINT’s main message is applicable to the general population. I would argue that in its current form SPRINT suffers from a major methodological short-coming that leaves us in a quagmire.

Top-line results of the Symplicity 3 trial were revealed this week, showing that despite being safe, renal denervation was no better than a sham procedure at controlling blood pressure at 6 months. As reported on Medscape:

A report in JAMA - Internal Medicine[1] raises important safety concerns about calcium channel blockers, one of the most widely prescribed classes of antihypertensives used world-wide. 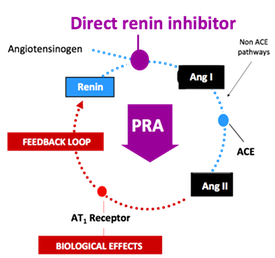 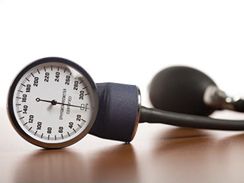