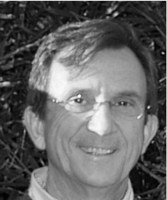 Professor Santiago Rodriguez de Cordoba completed his PhD at the Universidad Complutense de Madrid in 1981. He then took a post as visiting Scientist/Associate investigator at the Department of Immunogenetics, New York Blood Center, New York (1981-1989). Following this he became an Associate Professor at his current place of work, Centro de Investigaciones Biologicas, Madrid; and was promoted to Professor in 2000. From 2007 to 2010 he was Head of the Department of Cellular and Molecular Physiopathology. He has served as Vice President of the Spanish Human Genetics Society from 2010 to 2014 and as an elected member of the Scientific Boards of the International Complement Society and European Complement Network. Prof. Rodriguez de Cordoba leads the Complement Genetics and Molecular Pathology laboratory at the Centro de Investigaciones Biologicas.

After previous successes in mapping and identifying various disease causing genes, much of his recent work is focused on disorders due to dysregulation of the complement system, like atypical Hemolytic Uremic Syndrome, C3-glomerulopathy and Age-related Macular Degeneration. Research work in his laboratory has produced more than 250 scientific papers and reviews. His contributions to understanding the molecular bases of rare diseases are internationally recognized. Among various awards, in 2009 he received the Spanish National Genetics Award and in 2019 the Gold Medal of the European Complement Network. Prof. Rodriguez de Cordoba is a co-founder of Secugen S.L., a company focused on the molecular diagnostic of inherited disorders.