As you may know, calcium-based phosphate binders have never been studied in a placebo-controlled study that demonstrates safety, nor superiority in the management of hyperphosphatemia. Having said that, such a patient as you described, by the standard of care in Canada (and likely elsewhere) would routinely be on calcium binders. Some might cap the total amount at 1,500 mg per day of elemental calcium, others would not worry about the limit. There could be an argument made to use non-calcium based binders in all cases. Though, more conservative views would use non-calcium based binders only in the presence of elevated plasma calcium (not the case here) or if a large dose of daily calcium is exceeded.

question
10 years ago
·
#135
Thanks Jordan - appreciate the insightful response. 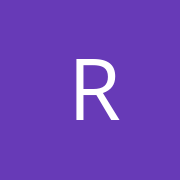 There are no replies made for this post yet.
Be one of the first to reply to this post!
Submit Your Response
LEADING RESOURCE IN NEPHROLOGY EDUCATION