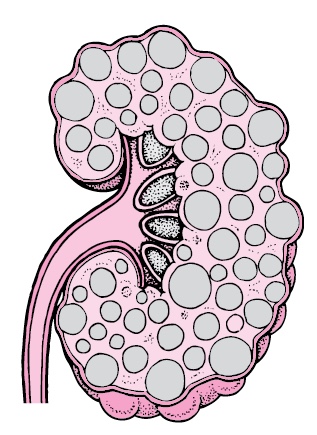 Thanks for your interest in the ADPKD Referral tool. We are helping connect referring doctors to specialists interested in caring for patients with autosomal dominant polycystic kidney disease (ADPKD).

Are you interested in being added as a provider, click below to update us with your office/clinic information

UKidney answers your nephrology questions! Feel free to search our previous submissions or create your own today.

7 years ago
·
#632
Biologic drugs comprise a large group of complex medications. It is difficult to generalize their safety as a class in patients with chronic kidney disease. Many of these drugs have in common large physical size owing to the fact that they are complex macromolecules. As such they would not be freely filtered at the level of the glomerulus nor easily secreted into the renal tubules, and therefore, the impact of renal clearance on their removal is likely less than for drugs which are small in molecular size and more easily filtered.

There are a number of commonly used Biologics in dermatologic, rheumatologic and gastrointestinal conditions where some information is known. I summarize a few of these below - though admittedly, the data are sparse:

Humira - In a small study of patients with renal insufficiency including some on maintenance hemodialysis, the use of Humira was not associated with an increase in adverse events nor was there any impact on renal function in those taking it.

Etanercept - In another small study of patients on hemodialysis, the pharmacokinetics of this etanercept (a soluble TNF-alpha receptor fusion protein) were similar to those with normal renal function.

Ustekinumab - A case report reports the successful use of this monoclonal antibody directed against interleukin 12 and interleukin 23 in a single patient with hemodialysis.

Rituximab - This monoclonal antibody to CD20 appears to be safe in patients with renal disease. In one case report, rituximab levels in a patient on hemodialysis were comparable to those seen in patients with normal kidney function. Furthermore, in the same study, no significant removal of the drug by hemodialysis was observed.

Wendy
7 years ago
·
#644
Just wondering if you had a link to the paper on Humira and renal insufficiency-had a patient enquring about this recently.   Many thanks
There are no replies made for this post yet.
Be one of the first to reply to this post!
Submit Your Response
LEADING RESOURCE IN NEPHROLOGY EDUCATION

If you would like to upgrade your account to a UKidney Verified Profile, please click below. There is no cost to do this but proof of HCP status is requried.