Aspirin is one of the most widely used medications worldwide. It has mainly been prescribed as the antiplatelet drug of choice for patients with diverse arrays of vascular disease. Aspirin is still commonly prescribed for its analgesic properties as well. Due to aspirin’s widespread use, salicylate toxicity is an important clinical issue for practitioners.

Aspirin’s mechanism of action works via inhibiting cyclooxygenase, resulting in decreased prostaglandin, prostacyclin and thromboxane synthesis. This can lead to gastric mucosal injury and platelet dysfunction. Aspirin also works in the medulla, causing nausea, vomiting, hyperventilation and respiratory alkalosis. Salicylates can interfere with cellular metabolism, specifically in the Krebs cycle, leading to a metabolic acidosis. There are numerous clinical aspects of salicylate toxicity that a practitioner should be able to recognize and quickly act on.

The acid-base disorders with salicylate intoxication are very interesting. Hyperpnea is an early finding of toxicity, as salicylates can act directly on the medullary respiratory center leading to hyperventilation leading to a respiratory alkalosis. This can be followed by an anion gap metabolic acidosis due to the accumulation of organic acids. This progressive acidosis can promote the influx of salicylic acid into the central nervous system leading to altered mental status, confusion and agitation. Patients with aspirin toxicity can also experience tinnitus, along with transient hearing loss. Aspirin is also known to irritate the gastric mucosa by means of inhibiting cyclooxygenase, leading to nausea and vomiting, sometimes severe enough to cause hemorrhagic gastritis.

Older patients can present with pulmonary edema with chronic salicylate intoxication. Pulmonary edema by itself, needless to say, would be an indication for hemodialysis. Salicylic acid itself is an acid that can present itself in either a protonated or deprotonated form. The protonated form can move across the blood brain barrier and the renal tubule. This form is what can exacerbate CNS toxicity or metabolic acidosis. Treatment of salicylate toxicity usually is geared toward the protonated form, done by decreasing the hydrogen ion concentration or raising the pH by ways of alkalinization via sodium bicarbonate. This can counter the salicylate anions within the tubules of the kidney and prevent spread into systemic circulation and ultimately prevent further crossing into the blood brain barrier.

Salicylates can be removed via ECTR. Multiple indications exist for dialyzing such patients including

Salicylate toxicity should be recognized quickly by the practitioner and acted upon. Failure to do so could result in catastrophic consequences. Timely diagnosis and treatment can be extremely effective in preventing mortality. 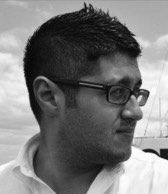 Dr. Khurram Mehtabdin, NSMC intern, is a graduate of Syracuse University and TouroCOM NY. He completed his residency in internal medicine at Flushing Hospital Medical Center and is undergoing his nephrology fellowship training at the Hofstra Northwell School of Medicine Program. Khurram is the co-creator of the comic book series Zindan, available at TheLastAnsaars.com