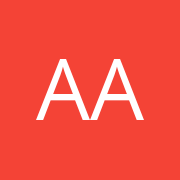 Abrar Ali
Monday, 10 February 2014
1 Replies
8.2K Visits
Subscribe
Hi, I recently saw a 72 year old hyprtensive lady for increasing peripheral odema and worsening hypertension. She was noted to have blood and protein on U/A and had mild- moderate renal impairment ( Cr 130-140mmol/l and eGFR 35-35ml/min/m2). Clinically there were no clues such as rashes or synovial efusion. Autoimmune work up including ANA, ANCA, ENA were all normal. I did C3 and C4 and they came back as normal. She was HBsAg and HCV Ab negative. Cryo's were not detected. She had 1.5gm of proteinuria and had FLLC( free lamda light chain) in urine quantified at a very small amount.
While managing her BP, I proceeded to biopsy. She had type 1 MPGN and IF showing C3, IgG and Kappa only staining. There was not such glomerulosclerosis. I went back and did Blood cultures, ECHO and rechecked cryp but were all negative. In light of FLLC, i asked for a marrow biopsy so as to rule out MGRS ( monoclonal gammopathy of renal significance). She had a normal marow with good trilineage turnover.
Now, in term of managing this condition, other than being on ACE/ ARBs and good BP/ Fluid control, Should i immunosuppress her. Sanjeev Sethi from Mayo has published a lot on this and i would like to ask the fellows about their approach. She had relatively stable Cr but it early on and i dont want to miss to delay treatment. Option I believe are Prednisone, Cyclophosphamide or MMF.
Thanks

8 years ago
·
#490
MPGN has been described in the context of CLL but not plasma cell dyscrasia to my knowledge. And in any event her marrow is normal. Personally, I would not add immunosuppression here as the proteinuria is relatively low grade and the patient is not young. I would choose instead to maximize BP control, especially with ACEi or ARB. Perhaps I would reconsider immunosuppression if the patient had a higher degree of proteinuria or renal insufficiency.

Location
Toronto, ON, Canada
There are no replies made for this post yet.
Be one of the first to reply to this post!
Submit Your Response
LEADING RESOURCE IN NEPHROLOGY EDUCATION