This is a great post on chloroquine in lupus. It appears as below on Skin and Allergy News. A great and promising read:

SNOWMASS, Colo. – The past 12 months have brought a slew of studies making a persuasive case for hydroxychloroquine as a far more important drug in lupus than previously thought. Indeed, the drug could now even be considered essential.

"In 2011, all lupus patients should receive hydroxychloroquine," Dr. David Wofsy flatly declared at a symposium sponsored by the American College of Rheumatology.

"The indication for hydroxychloroquine in lupus is lupus," added Dr. Wofsy, professor of medicine and microbiology/immunology at the University of California, San Francisco.

"It will be a very long time before we've proven that any biologic therapy can do all those things," Dr. Wofsy, who is also chief of rheumatology at the San Francisco Veterans Affairs Medical Center. 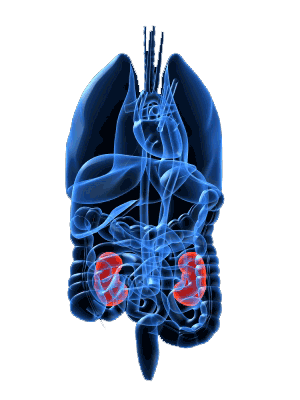 He cited several eye-opening hydroxychloroquine studies that were presented at the 2010 annual meeting of the ACR. In one, investigators from the Systemic Lupus International Collaborating Clinics (SLICC) presented findings from an international registry of 1,593 lupus patients followed since 2000. In a multivariate analysis, antimalarial therapy was independently associated with a highly significant 70% reduction in mortality.

It's particularly noteworthy that in this report from 35 of the world's leading lupus centers, only 65% of patients were on antimalarial therapy. In light of the impressive results of the SLICC study and the other very recent evidence, that's an embarrassingly low rate. In fact, Dr. Wofsy urged audience members to pull the records of all their lupus patients and put those who aren't now taking hydroxychloroquine on the drug forthwith.

Also at the 2010 ACR meeting, French investigators presented a prospective study of 300 SLE patients on hydroxychloroquine for cutaneous lupus. The researchers found that serum drug levels were strongly correlated with clinical response. The 114 patients with a complete response had a mean hydroxychloroquine level of 910 ng/mL. The 100 nonresponders had a mean level of 569 ng/mL, while partial responders averaged 692 ng/mL.

The thromboprotective effect of hydroxychloroquine was demonstrated in a University of Toronto case-control study involving newly diagnosed lupus patients prospectively followed long-term. Fifty-four patients who experienced thromboembolic events were matched with 108 lupus patients who did not. In a multivariate analysis adjusted for disease severity and duration and calendar year, antimalarial therapy was associated with a 68% reduction in the risk of thromboembolic events. The protective effect was similar for arterial as well as venous thrombosis (Arthritis Rheum. 2010;62:863-8).

Dr. Wofsy noted the irony that this new appreciation of hydroxychloroquine's abundant benefits in lupus comes on the eve of what is widely anticipated to be regulatory approval of the first drug ever to be approved for lupus: belimumab (Benlysta), the fully human monoclonal antibody directed against the B-lymphocyte stimulator. Last November, a Food and Drug Administration advisory panel recommended marketing approval for belimumab by a 13-2 margin. The FDA has announced it will issue its decision in mid-March.

Is belimumab a better drug for lupus than hydroxychloroquine? Many physicians might reflexively assume that a very costly new biologic agent for lupus must be better than an old, cheap antimalarial, but that's far from certain at this point, he said.

"All of us know that Plaquenil is not the solution to lupus. It is far from the solution to lupus. But it is a reasonable low bar to place when we think of the biologic therapies," he said in urging his colleagues not to underestimate the value of the antimalarial or fall prey to the coming massive marketing hype for belimumab.

Also at the Snowmass conference, Dr. Chester V. Oddis forecast that an inevitable consequence of putting lots more lupus patients on hydroxychloroquine will be an increase in drug-induced myopathies. The antimalarial is one of the drugs that can cause these myopathies, which mimic inflammatory myopathies in terms of symptoms, but without the attendant inflammation. The classic histopathology of hydroxychloroquine myopathy includes necrotic and vacuolated muscle fibers on H&E staining, pathognomic curvilinear inclusions on electron microscopy.

Other drugs that can cause these noninflammatory myopathies include statins and colchicine as well as alcohol, noted Dr. Oddis, professor of medicine at the University of Pittsburgh.

Dr. Wofsy declared that he serves as a consultant to Bristol-Myers Squibb and has received research grants from numerous other companies developing new treatments for autoimmune diseases. Dr. Odis reported he had no relevant financial disclosures.